The Westfjords or West Fjords (Icelandic: Vestfirðir) is the name of the large peninsula in northwestern Iceland and an administrative district. It lies on the Denmark Strait, facing the east coast of Greenland. It is connected to the rest of Iceland by a 7 km wide isthmus between Gilsfjörður and Bitrufjörður.

The Westfjords are very mountainous. The coastline is heavily indented by dozens of fjords surrounded by steep hills. These indentations make roads very circuitous and communications by land difficult. In addition many of the roads are closed by ice and snow for several months of the year. The Vestfjarðagöng road tunnel from 1996 has improved that situation.

The cliffs at Látrabjarg comprise the longest bird cliff in the northern Atlantic Ocean and are at the westernmost point in Iceland. The Drangajökull glacier is located in the north of the peninsula and is the fifth largest of the country, but the only glacier of the region.

The lack of flat lowlands in the area makes it unsuitable for agriculture, but good natural harbors in many of the fjords and their proximity to fishing areas are vital for the local economy. The Westfjords are very sparsely populated: the total population in 2007 was 7,380. The district capital and by far the largest settlement is Ísafjörður (population around 4000). 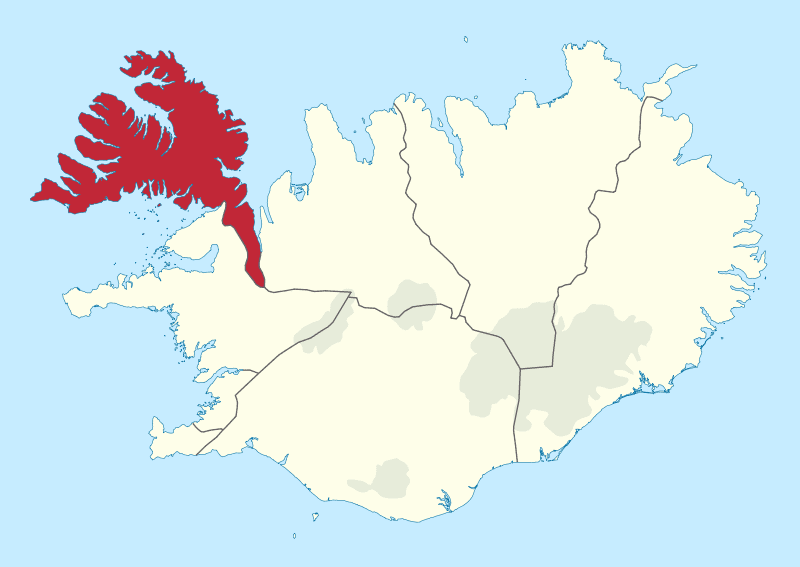